The History of Mattresses

The history of mattresses has been foundational to man's sleep for thousands of years. Whether you’re at home on your brand new memory foam mattress, or if you’re out in the wilderness with nothing but an air mattress between you and the ground, you can count on your supportive friend to have your back. Like any important invention, especially one as prevalent as the mattress, it is important to celebrate its history.

The origins of the mattress are humble, as one would expect. The first evidence of mattresses dates as far back as 77,000 years ago in the neolithic era. These early mattresses were simple piles of soft materials, such as leaves or grass, topped with animal skins. Mattresses may have existed longer than we think, but so far we haven’t found any evidence for it.

Before inventing mattresses, humans likely just slept on the ground, and their ancestors may have slept in trees to protect themselves from predators during the night, as some of the biggest threats to mankind were nocturnal hunters. Raising beds off of the ground would become common practice again as the mattress evolves alongside human civilization.

Mattress technology was pretty stable for a long time. It wasn’t until the mid 3000s B.C.E that a new development emerged. The ancient inhabitants of Persia invented the first water mattresses by filling goat skins with water. This was a luxury, however, and only the rich would enjoy the comforts of a water-filled goat. Most of the population used the same old methods of piling stuffing under animal skins.

The ancient Egyptians made more improvements by raising mattresses off of the ground to avoid pests. These beds were wooden frames that supported mattresses made of various materials. Some were made of palm leaf stuffings, and some even had wool stuffing. These Egyptians were sleeping in much more luxurious than their neolithic ancestors.

The Greeks played with the concept of a bed for a while, making beds of various sizes and shapes. They made recliners and couches that served as places to sit, eat, and sleep within a home or social setting. Mattresses were made comfortable with plenty of straw, and covered in woven blankets. The greatest Greek philosophers no doubt spent hours sitting on their beds contemplating the world.

The Romans changed the world, but not mattresses. Some wealthy Romans stuffed their mattresses with feathers rather than the usual hay or wool, but the technology was much the same. Roman beds were sometimes made with metal rather than wood.

The beginning of the medieval period saw the same patterns as previous eras. They used hay stuffed mattresses supported upon wooden frames. Beds became more ornate as the centuries passed. By the high medieval period, the wealthy lords and ladies slept on mattresses filled with soft down in huge beds that were in ornate bed frames. Canopies and curtains around beds became common as multiple people slept in a single room often, though it was still a thing only the well off enjoyed. The poor kept to the same conventions their predecessors did.

The renaissance only saw an increase in the extravagance of beds, with bedding made of silk and other high-quality materials. Beds became more ornate and expensive, and the sizes skyrocketed. Some beds with nearly eleven feet in length or width, which puts the current standard for king size beds to shame.

The 19th century saw one of the biggest leaps forward in mattress technology, with the invention of the coil spring, which was initially used for chairs, but quickly made their way into mattresses. They were not widely available, but innerspring mattresses were invented in 1871 and would see popularity later in the 20th century.

Remember the Persians that used water-filled goat skins as beds? In 1873, a new water bed was put forward to be used by medical institutions as a method of reducing the pressure upon certain patients. However, the modern iteration of the waterbed would not be invented until the mid 20th century. The final improvement to mattresses in the 19th century was the invention of the box spring which made mattresses less lumpy and much more comfortable to sleep on.

In the 1920s, mass production of mattresses began, causing the popularity of innerspring mattresses to increase. Mattresses became more widely available and easily purchased by most people. Of course, with quality mattresses being distributed to the public, the market was becoming saturated. In 1929, the latex mattress was invented and in 1931, they began production and sales of these expensive mattresses which used latex as their cores.

In the 1960s, the modern waterbed was invented. They enjoyed a period of popularity, especially in the United States, before becoming one of the least popular mattresses options due to the plethora of issues associated with sleeping on a water bed, such as condensation, heat, and potential damage should the mattress burst. The foam mattress was introduced in the 1970s by NASA who originally intended it to be for seat cushions in airlines to improve cushioning and safety in the event of a crash. However, the technology was released to the public in the 1980s and has since become increasingly popular.

Technology has come a long way since the neolithic era. We no longer sleep on piles of leaves or in hay stuffed sacks. Instead, we rest our bodies on the cutting edge of mattress technology. New advancements such as graphite and gel solutions in mattresses and high-quality visco-elastic polyurethane foam ensure that you’re able to get the best night's sleep in the mattress of your choice. Unlike the peasants of medieval France, modern consumers have many options to suit their needs.

Among the most comfortable mattresses are the OMG mattress by GottaSleep that offers supportive memory foam, as well as temperature controlling graphite and gel solutions. It’s easy and affordable to get a quality mattress delivered right to you. 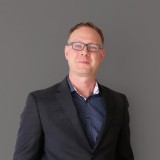